What is a Tracheal Shave? 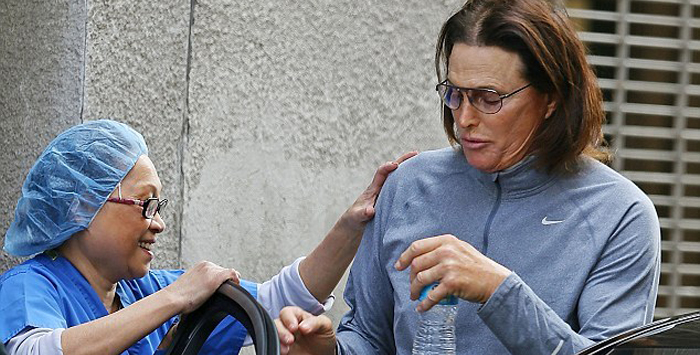 Tracheal Shave – When we think about some of the difference between male and female bodies, the Adam’s Apple (known in medical parlance as a laryngeal prominence) is not necessarily the first that springs to mind, but ironically it can be one of the most pronounced and instantly visible physical characteristics that signify a male body. Many men do not give their Adam’s apple a second thought, but for those in whom it is very prominent, it can be the cause of some pain and discomfort, making it difficult to wear some types of shirts, ties, or business attire.

Women, too, have Adam’s apple, although it tends on the whole not to be as prominent. However, it is for this precise reason that women whose Adam’s apple is readily apparent can find that it makes them feel less feminine and is an aspect of their appearance with which they are less than happy.

For both of these groups of men and women, therefore, a tracheal shave (more colloquially known as Adam’s apple surgery, or in medical terms as chondrolaryngoplasty) is a highly desirable cosmetic surgery procedure. This is because through the shaving of the thyroid cartilage (which is a part of the larynx), Adam’s apple becomes more contoured and its size and prominence are reduced, producing a much smoother looking neck.

However, aside from people who come to Australian Medical Travel because they want a tracheal shave for purely cosmetic reasons, we also arrange medical travel to Thailand for transgender women who are transitioning and want to reduce the size of their Adam’s apple as part of their facial feminisation surgery (FFS).

How is Adam’s apple surgery performed?

A tracheal shave will generally be performed under local anaesthetic. A small incision, around 2cm to 3cm in length, is made in the skin crease at the top of the neck (just under the chin), and this provides access to the thyroid cartilage. The throat muscles are then separated and the most prominent part of the cartilage is shaved down to reduce its size, and in such a way that it won’t grow back again in the future.

Although a tracheal shave is a relatively straightforward procedure, you can expect there to be some significant swelling in the first 48 hours after the procedure is performed. This will then reduce, although it is not uncommon for some swelling to remain for anywhere up to 6 weeks. This will usually be accompanied for the first 10 days by a sore throat, which can make it difficult to speak or swallow and during which time no demands should be put on the voice e.g., singing or shouting.

In the initial period after tracheal shave surgery, the scar from the incision made in the throat will be sore and visible but, like all scars, you can expect this to fade in time and it rarely becomes a permanently noticeable feature.

Generally speaking, patients who have had a tracheal shave require up to a week before they can resume regular activities and return to work. However, it is advisable to wait for about six weeks before engaging in any physically demanding activity.

As with all cosmetic surgery costs in Australia, the price you have to pay will vary depending on where you have the procedure performed, the fees of the surgeon and the anaesthetist, as well as hospital and medication charges. On average, however, you can expect to pay up to $8,000 for this type of elective surgery.

At Australian Medical Travel, we specialise in medical tourism Thailand packages where the tracheal shave price you pay will be substantially lower than for the same procedure in Australia.

By using our comprehensive medical travel service to Thailand, you can, therefore, receive outstanding treatment and care at an internationally recognised medical centre, but also save a significant amount on Adam’s apple surgery cost you have to pay.