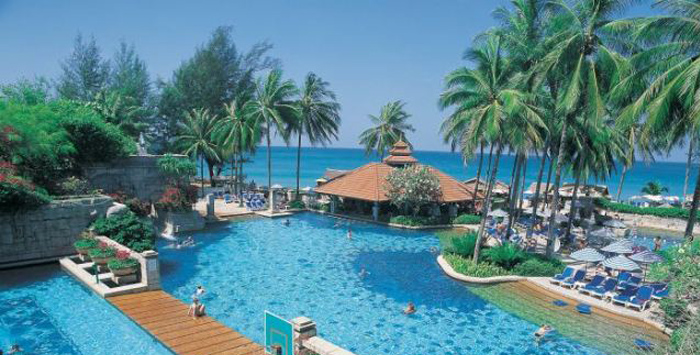 Why Thailand Remains a Favourite Destination for Australians?

Australians have always had something of a love affair with Thailand. The proximity, lifestyle, people and favorable exchange rates have for many years combined to make it the holiday destination of choice for generations of Australian travelers and tourists.

Recent research shows that Australians, in general, are traveling overseas more often and going to more places (the number of people traveling abroad increased by 6.9% in 2017), but their desire to continue visiting Thailand does not look like diminishing any time soon. It remains the fifth most popular tourism destination for Aussies travelling abroad (behind New Zealand, Indonesia, US and UK), while Bangkok and Phuket are both in the top ten cities that are most often Australians’ holiday destination, in 3rd and 8th spots respectively (with Phuket moving into the top ten for the first time).

This growth in popularity has been steady and ongoing, according to Tourism Research Australia, with the number of Australians heading to Thailand increasing by almost 200,000 over the last ten years, up from 308,000 people in 2007 to 503,000 in 2017.

But it’s not just Australians for whom Thailand is a favored holiday spot. International research shows that its appeal is undoubtedly worldwide.

For instance, according to the Euromonitor International Top 100 City Destinations Ranking for 2017, Bangkok has moved into 2nd place behind only Hong Kong in terms of the number of international visitors, with 21.2 million people arriving in the city last year from overseas. Meanwhile, Phuket has moved into 11th place in Asia for inbound visitors, with over 12 million people coming into the city in 2017, up an impressive 14% from the previous year. Similarly, in the 2017 Mastercard Destination Cities Index, Bangkok was found to be the most popular destination city in the world (ahead of London and Paris in 2nd and 3rd places respectively).

The draw of Thailand is not hard to understand, and its many and varied charms have been well documented. Bangkok is an exciting and vibrant cosmopolitan city that at the same time places great value on its traditional religious and heritage sites. For instance, the contrast between the peace and calm of the Grand Palace and Wat Prakeaw in the Old City and the irrepressible nightlife of Khao San Road, Soi Rambuttri and Thonglor, provides a clear illustration of the eclectic mix that is Bangkok, and which continues to prove a draw for visitors the world over.

Away from the capital, Phuket is of course famed for its beaches, resorts, and shrines (most famously the Phuket Big Buddha), while other places like Pattaya manage successfully to combine upbeat nightlife and exciting attractions like waterparks with spectacular unspoiled views, serene beaches, and ancient temples.

In short, it’s the variety that Thailand offers that makes it so attractive to Australians. There are not many destinations relatively close to its shores that give Aussie tourists the chance to experience both a dramatically different culture and heritage, along with a beach resort/luxury hotel lifestyle at the same time, and so this has always been one of the main reasons behind Thailand’s continued appeal.

However, a less well known but increasingly popular reason for Australians to visit Thailand is for medical travel.

JCI accreditation means that a hospital has met rigorous international standards in terms of quality and patient safety, and so Australian medical tourists in Thailand receive levels of expertise and patient care that equal, if not surpass, those which they might encounter at home.

So while some people may be nervous about the prospect of medical treatment abroad, the facilities at Thai hospitals like Bangkok Hospital Bangkok genuinely meet first world standards. As the market in Thailand medical travel has grown, these international hospitals have shown themselves to be acutely aware of the need to meet the expectations of patients from Australia and other western countries, and as such have stayed ahead of the curve both in terms of the medical procedures they offer and in the facilities they provide.

Growing confidence in this fact has meant that an increasing number of Australians are taking the opportunity to combine procedures like plastic surgery in Thailand with the chance to rest and recuperate away from home in ultra-comfortable surroundings, and where they also have the opportunity to take in some travel, sightseeing, and relaxation as well.

Cost is also very often a determining factor as to why increasing numbers of Australians are opting for Thailand cosmetic surgery or dental surgery solutions. For procedures like breast augmentation or eyelid surgery, the potential savings can be as much as AUD$10,000 when compared to the cost of the same procedure at home. This is combined with the fact that for many Australians, it is actually cheaper to fly to an international destination than it is to fly domestically.

Australians have also come to appreciate the fact that they can undergo elective surgery, such as dental implants, eye surgery or breast enlargement, much quicker at a hospital abroad than they can at home. A number of Australian medical travel companies now facilitate patients undergoing procedures like plastic surgery in Thailand, and as consequence, this has made it a less convoluted and more straightforward process than many Aussies experience when navigating through the sometimes complicated and sluggish medical system at home.

So while it is the partying in Bangkok, the beaches of Phuket, and the tranquility Pattaya provides that will no doubt continue to be main reason Australians are drawn to Thailand, the growing popularity and accessibility of medical travel is likely to keep bringing people into the country in increasing numbers as well.