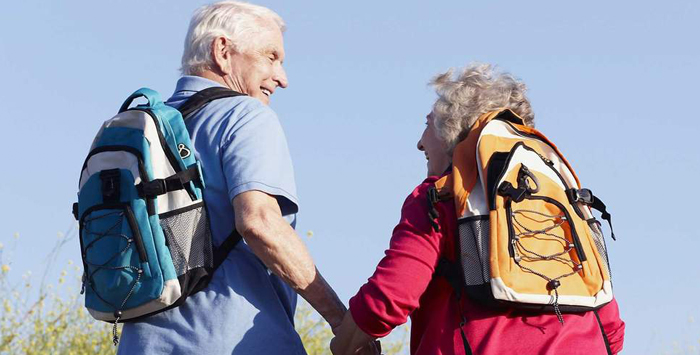 Humans are now living longer than ever, and for this reason most of us want to know how to stay mentally sharp as we age. Certain genetic factors influence whether mental function diminishes as a person grows old. Thankfully, however, some of this is within our own control.

A new report from the Institute of Medicine examines how aging affects attention, thinking and decision-making. It also recommends steps you can take to reduce your risk for cognitive decline, and suggests that being proactive now will pay off in the future.

“We’re really at the frontier of beginning to understand how aging affects the brain,” medical contributor Dr. Tara Narula, told CBS News. “[The report] looks at cognitive aging, and it looks at through a broad lens in terms of how it affects society, the individual and the family. We know that aging, in terms of the brain, can be affected by genetic factors, lifestyle and environmental factors,” she said. “For some people they can age with relatively little cognitive decline, and with other people it seems much more marked. But we know it’s a very emotional issue for people; everyone wants to remain clear and sharp and make thoughtful decisions as we get older.”

The report highlights several specific actions and interventions scientifically proven to make a difference in keeping the brain healthy:

Stay physically active. A number of studies show a direct correlation between exercise and healthy cognitive functioning. A study of more than 19,000 adults published in 2013 in Annals of Internal Medicine found middle-aged adults who were in good physical shape were much less likely to develop Alzheimer’s or dementia when they reached age 65 than those who did not exercise on routine basis.

Take control of your cardiovascular health. Health risk factors such as diabetes, high blood pressure and smoking impact an aging brain. A study in the Proceedings of the National Academy of Sciences followed 3,147 pairs of twins for more than three decades and found a clear link between cardiovascular fitness in early adulthood and increased intelligence, better performance on cognitive tests, and higher educational achievement later in life.

Stay socially and intellectually active. Hobbies and quality time with family and friends all keep the brain active.

Get adequate sleep. “It’s very, very important to get that 7 to 8 hours we always recommend,” Narula said. Plenty of research shows that getting enough sleep is a cornerstone of good health. Sleep apnea and other sleep disorders have been linked to higher risk for dementia. Research conducted by the Mayo Clinic in 2013 found patients with sleep disorders were five times more likely to have a form of dementia called Lewy Body dementia than those who did not.