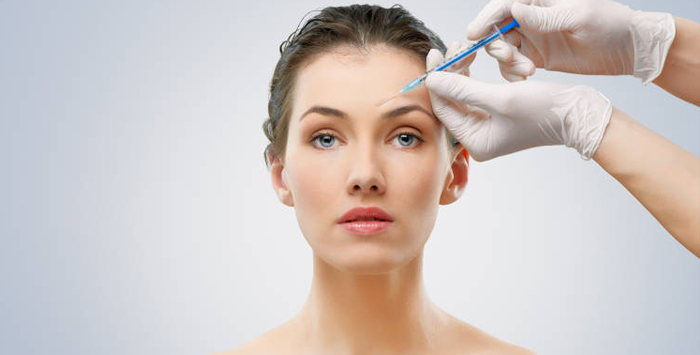 Perhaps one of the most spoken about — yet least understood  — cosmetic surgery procedure is Botox treatment.

Botox (more properly known as Botulinum Toxin) does have some medical applications, most notably in the treatment of muscle disorders and imbalance caused by overactivity or trauma. In some instances, it can be used to treat excessive sweating, as well as some bladder and bowel disorders.

However, the most common use of Botox in Australia is as a form of cosmetic surgery, and it’s estimated that around $350 million is spent on these treatments annually. The injections are most commonly used to reduce or remove lines and wrinkles on the face, such as crows’ feet around the eyes, frown lines on the forehead, or lines on the throat and neck. For many people, Botox is regarded as a straightforward and effective way of countering the physical signs of ageing.

How does it work?

Botox is a protein that is injected in extremely small doses into the muscles of the area being treated. It acts by blocking the nerve impulses to these muscles, which effectively immobilises them. This then allows the skin around the muscles to relax, which in turn prevents wrinkles from developing, or existing wrinkles and lines from becoming deeper.

The effects of the injections can usually be seen within 24 – 72 hours; however, they aren’t permanent. Depending on the type of treatment, the effects of your Botox treatment for face will generally last between 4 to 6 months.

This means that Botox is essentially a temporary cosmetic procedure, unlike plastic surgery and other more invasive procedures. Many people, therefore, have a regular treatment or semi-regular basis as a means of maintaining their appearance. If for any reason you decide not to continue with the injections injections, then the muscles in the areas you had treated will begin to function normally once more.

You can generally judge for yourself as to how effective these injections are by looking at the many people in public life who have had Botox under eyes or elsewhere on their faces. The list is seemingly endless, and that is just the celebrities who have publicly admitted to having Botox treatment, like Nicole Kidman, Robin Wright, Kim Kardashian and Courtney Cox. How many more stars who appear to be ageing particularly well have also had Botox treatment but just aren’t prepared to go public?

How much does it cost?

The prices ultimately depend on how much Botox is actually used in any given session of treatment (usually measured in units). The overall ongoing cost will also depend on how often you have treatments. Therefore, Botox prices can vary quite significantly, but on average you might expect to pay around $700 for a single treatment session in Australia to repair frown lines on the forehead or wrinkles around the eyes.

At Australian Medical Travel, we can arrange medical travel abroad packages that cost substantially less than you might expect to pay for the same procedure in Australia. Many of our patients will also often combine Botox treatment with another form of cosmetic surgery or plastic surgery that they are planning to undergo.

We partner with leading hospitals and medical centres in both Malaysia and Thailand who specialize in a wide range of cosmetic surgery procedures and treatments. These include Sunway Medical Centre in Selangor, winner of the award for Cosmetic Surgery & Aesthetics Service Provider of the Year at the 2016 Global Health and Travel Awards, and Bangkok Hospital Pattaya, winner of the International Cosmetic Surgery Clinic Of The Year in the 2015 International Medical Travel Journal (IMTJ) awards.

AMT can arrange every aspect of your medical treatment abroad, including liaising with the hospital, travel and accommodation. We accompany you every step of the way, ensuring that all aspects of your treatment go as smoothly as possible.